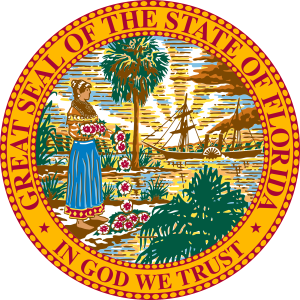 Florida voters approved a constitutional amendment in 2004 that created a mechanism to index Florida’s minimum wage. Florida law requires a new minimum wage calculation on September 30 of each year, based on the Consumer Price Index. If that calculation proves higher than the federal rate, the state’s rate would be adjusted and would then take effect the following January.  The calculation is based on the current Consumer Price Index for Urban Wage Earners and Clerical Workers in the South Region for the 12-month period prior to September 1, 2015 (CPI-U). Over the last 12 months, the CPI-U was essentially unchanged.

The Florida minimum wage will prevail over the federal rate until (and unless) the federal minimum wage becomes higher than the state rate. If inflation is positive (i.e., the price of consumer goods and services increases), the CPI increases and so does Florida’s minimum wage. However, if the CPI-U is negative (in times of deflation) the minimum wage does not decrease.

If an employer is found liable for intentionally violating minimum wage requirements, it is subject to a fine of $1,000 per violation, payable to the State of Florida. The state attorney general or other official designated by the state legislature may also bring a civil action to enforce the minimum wage.