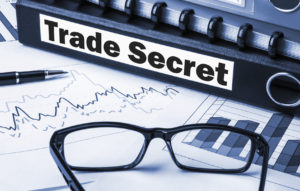 On April 27, 2016, the United States House of Representatives voted 410-2 in favor of passing the On legislation known as the Defend Trade Secrets Act (DTSA), soon after it was unanimously passed by the Senate. The DTSA will create a federal cause of action for trade-secrets misappropriation that will likely be quickly signed into law by President Obama. This new law will have a substantial effect on where, and how, trade-secrets cases are litigated. It is critical that companies immediately figure out their risk and prepare for the new law.

The DTSA’s definitions of trade secrets and misappropriation are largely similar to those in the Uniform Trade Secrets Act adopted by Florida and most states. The DTSA explicitly states that it does not preempt state law, and therefore the DTSA does not replace state trade secret law. Thus, companies are not precluded from filing their claims in state court, but rather, the DTSA provides them with an additional litigation option by allowing them to bring lawsuits automatically in federal court if they choose to do so.

It is now critical for management to take steps to minimize the risk that they will unexpectedly be hit with a seizure order. The reason is that the DTSA contains an ex-parte seizure provision that authorizes judges to order the seizure of property containing the plaintiff’s trade secrets. While there are substantial protections to prevent abuse of this remedy, companies need to make sure they are not at risk of having their property seized.

Because of this impending legal change, all companies need to look carefully at their employee hiring/onboarding processes. Far too many new employees bring proprietary documents from their prior employer; sometimes maliciously, sometimes innocently. Once the DTSA becomes law, if a new employee saves these types of documents on your server, you will be at risk of having law enforcement seize whatever is storing the documents.

It is strongly suggested that companies immediately conduct a comprehensive audit of their onboarding process. Be careful that all restrictive covenants and NDAs require all new employees to represent that they are not bringing any proprietary information from a prior employer. Additionally, employees who conduct the onboarding process should be trained to discuss this issue with new employees before they are given access to company servers. It should be made clear to all new employees must understand that they are prohibited from saving any documents from a prior employer on any company property, including servers, employee-issued devices, and media. Finally, human resources professionals should work with IT to see if it makes sense to install protections that can alert to any external documents saved on your system by a new employee. While these are general suggestions to help companies prepare for the new law, companies will likely need customized solutions to best address the unique issues affecting their companies and industries.