What to Know about EPLI and Why Employers Need It! 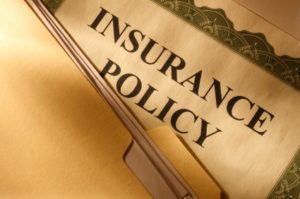 An employment lawsuit can be devastating for small and medium-sized businesses.  Employment litigation is frequently emotional and very expensive for employers. As an employment attorney representing businesses in lawsuits involving wages, discrimination and the protection of business assets, I am often asked how to deal with the costs associated with litigation. One suggestion is to acquire Employment Practices Liability Insurance, also known as EPLI. This insurance product covers the litigation costs and liability for claims brought against businesses for their employment practices – even claims that are false, fraudulent, or frivolous. With employers being forced to cut back on their labor force (which often correlates to a rise in employment discrimination claims) and the expansion of the legal definitions of discrimination and disability, employers are currently facing ever increasing exposure to claims related to their employment practices. EPLI covers this exposure.

EPLI policies are written specifically to address employment-related liabilities. The policies typically cover the full range of potential employment-related claims, from wrongful disciplinary actions to harassment to retaliation. In addition, since claimants generally can pursue their claims (including meritless ones) in both the administrative and judicial forums, a major advantage of EPLI is coverage for all legal fees, from administrative proceedings through lawsuits in state or federal courts. However, keep in mind that legal fees are typically included within and thus reduce the policy limits.

When procuring an EPLI policy, you should of course review the policy to ensure that the coverage you seek is being provided. Particular attention should be paid to the following:

You should make sure that the policy’s definition of “insured” includes the company, the directors and officers, managers or supervisors, and all the types of employees that make up your workforce. For instance, if you utilize full-time, part-time, temporary, seasonal, leased, and/or loaned employees, then they should be included in the definition of “insured.” You may also wish to have the policy cover independent contractors, third parties such as your clients or customers, or your spouse or family if your company is a partnership or sole proprietorship.

Most EPLI policies require a “claim” be made to trigger coverage. Thus, a broad definition of “claim” will increase the likelihood that the policy will respond. The definition of “claim” should be broad enough to include filings in judicial, civil, administrative, regulatory, alternative dispute, or arbitration proceedings, as well as informal written demands for both monetary and non-monetary relief. Note that policies often exclude proceedings pursuant to collective bargaining agreements from the definition.

Most EPLI policies provide coverage only for claims made for a “wrongful act” or “wrongful employment act/practice.” Thus, the definition of “wrongful act” should include all the types of employment practices that have the potential of resulting in liability. Lesser considered, but equally important, wrongful acts include wrongful deprivation of a career opportunity, negligent supervision, and negligent failure to implement/enforce employment policies.

Most EPLI policies will only pay for a “loss.” Accordingly, the definition of “loss” should be broad and include damages, settlements, judgments, defense costs, and front and back pay.

While it may be tempting to purchase a policy with a high deductible for a reduced premium, consider that many employment-related claims are resolved for a relatively small dollar amount. A higher deductible may prove especially regrettable if the policy provides that there is no duty to defend until the deductible is exhausted.

It may be highly beneficial if the policy contains a provision for you to choose your defense counsel. This will allow you to choose counsel who is familiar with the issues, practiced in employment law, and understands your business. Otherwise, the policy may require you to choose from a pre-determined (by the insurer) list of law firms.

Many EPLI policies give the insurer the right to settle a claim. Usually, you must provide prior written consent; however, if consent is not given, the policy will often not pay for any settlement or judgment that exceeds the refused settlement offer.

EPLI could be a major asset in your insurance portfolio, if you understand the areas of potential risk exposure and procure a policy that will cover those risks. While an EPLI policy is an important safeguard, employment risk is best mitigated proactively with solid practices and policies, as well as a comprehensive training program designed to avoid employment problems proactively.