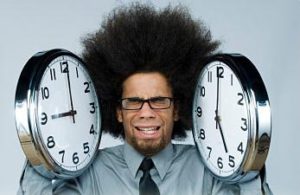 On December 1, 2016, the Final Rule updating the Department of Labor’s (“DOL”) existing overtime regulations will be in effect and are predicted to extend overtime pay protections to millions of workers within the first year of implementation. The Final Rule includes a provision under which employees are eligible for overtime compensation if they work over 40 hours in a week and earn less than $47,476 per year.  This represents a dramatic increase in the salary threshold to over double the current level of $23,660. Economically, this will likely have a significant budgetary impact on small businesses, non-profits, and even larger organizations operating in narrow-margin industries such as retail and hospitality.

In an effort to soften the economic impact of the Final Rule, the “Overtime Reform and Enhancement Act (“OREA”)”  has been introduced to add to the regulations a “phase-in” provision that would gradually increase the salary threshold over the next three years. The annual increases under the bill are:

The OREA would also remove a current provision that increases the threshold salary automatically every 3 years without going through the normal rulemaking process specified under the Fair Labor Standards Act (FLSA). As a result, the $47,476 threshold level would be the ceiling until a formal rulemaking process revision was undertaken in the future.

While many business groups and non-profit organizations support OREA, the legislation is unlikely to change the current situation for businesses.  To be enacted, OREA would need approval of both houses of Congress, and then have to garner enough support to override or survive a presidential veto.  The presidential veto hurdle is likely going to be difficult to overcome under the current administration. And because Congress is in recess until after Labor Day, significant headway to enact OREA will be delayed.

Moreover, even if OREA were to be enacted quickly, it would not automatically overturn the Final Rule scheduled to take effect on December 1, 2016. Instead, it would require the DOL to further rewrite the existing regulation, which could take a substantial period of time (the last rewrite took nearly a year).

Thus, while OREA appears to be more palatable to the business community, it is unlikely that it could be in effect in time to change the current reality. Employers need to continue planning for the existing Final Rule change. Ultimately, employers need to develop their budgetary plan for the change in threshold salary to $47,476, and should plan to pay overtime wages to employees who fall under that threshold. Also, employers need to review and analyze whether it makes sense to reclassify workers where necessary or revise wage levels to maintain current classifications.