FMLA Leave for the Death of a Child? 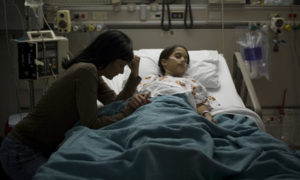 A death in the family can be devastating, and the emotional stress on a parent after the death of a child perhaps even more so.  On March 16, 2017, a bipartisan group of legislators introduced a House bill (H.R. 1560) that would trigger a parent’s right to FMLA leave upon the death of a child.  Earlier in March, an identical Senate bill (S. 528), was introduced which has since been referred to the Senate Committee on Health, Education, Labor and Pensions.  Under these proposed bills, grieving parents would be entitled to up to twelve weeks of unpaid leave to recover from the physical and emotional stress of losing a child.

At a time when bipartisanship is hard to come by, some members of Congress have reached across the aisle to propose modifying the Family Medical and Leave Act (FMLA).  In general, the FMLA requires employers with 50 or more employees to provide employees with up to twelve weeks of leave in a 12-month period for qualifying medical and family reasons, such as the birth, adoption, or foster care placement of a child, the employee’s or a family member’s serious health condition, and certain circumstances related to the military service of an employee’s family member.  The FMLA also provides employees with up to 26 weeks of leave in a 12-month period to provide care for the serious injury or illness of a covered family member in the military.

While supporters of the bills are hopeful a bereavement provision will pass, a number of similar bills in the past six years have been introduced, and failed. Still, support for parental bereavement leave has been growing in both parties, and it is likely that if the current proposals fail to pass, similar proposals will continue to be introduced in the future.

Most employers offer bereavement leave to their employees. While the amount of leave varies from company to company, the average duration of offered leave is generally between three and four days.  However, this average reflects general bereavement policies for all types of bereavement; yet, employers have been willing to allow extra time in the very unfortunate event that an employee loses a child.

Employers of grieving parents should also be aware that the loss of a child can lead a parent to become depressed, which may also entitle them to protection under the Americans with Disabilities Act of 1990 (“ADA”).  Guidance issued by the Equal Employment Opportunity Commission makes clear that depression may qualify as a disability with the meaning of the ADA.  Depending on the circumstances, qualified individuals with a disability may be entitled to accommodations, which could include an extended leave of absence.  When possible, employers should consider providing extra leave for grieving parents.