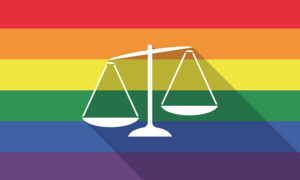 The Second Circuit contended that at the “most natural reading” of the prohibition on discrimination “because of sex,” is based upon the assertion that “sex is necessarily a factor in sexual orientation.” Given that one cannot define a person’s sexual orientation without identifying his or her sex, the court held that sexual orientation is a “function of sex.” The court held that its conclusion was reinforced by the Supreme Court’s “comparative test” for determining whether an employment practice is sex discrimination, quoting L.A. Dep’t of Water & Power v. Manhart, 435 U.S. 702, 711 (1978), which asks whether an employee’s treatment would have been different “but for that person’s sex.” (emphasis added).

About a month prior to the Hively decision, the Eleventh Circuit held consistent with the majority view in Evans v. Georgia Regional Hospital that sexual orientation was not protected under Title VII. Until the Supreme Court takes on and resolves the conflict between the federal circuit courts, even employers within the Eleventh Circuit would be well-advised to adopt the conservative approach to this issue in the workplace is to treat sexual orientation as protected under Title VII.