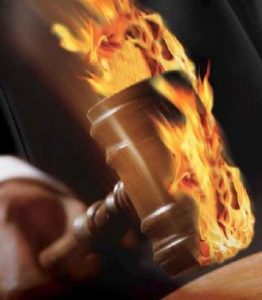 At the trial of an EEOC-initiated Title VII sex discrimination lawsuit, a jury awarded damages after finding that the employer had discriminated against the intervenor-plaintiff Contrice Travis when it denied her a promotion in favor of a male employee. In EEOC v. Exel, Inc., the Eleventh Circuit affirmed the district court’s denial of the employer’s post-trial motion for judgment as a matter of law on the issue of liability and affirmed the court’s granting of the employer’s motion on the issue of punitive damages.

The controlling factual issue as to liability was whether the decision maker, Harris, was acting in conformity with the employer’s program for transferring displaced employees into vacant positions instead of laying them off or whether Harris was motivated by Travis’ sex to promote the male employee.

The opinion highlighted testimony regarding Travis’ superior qualifications for the position, Harris’ statement to Travis that he “was never going to” promote her to a supervisory position, Harris’ statement to Travis’ former supervisor (who recommended her) that he would not put a woman in a management position, testimony that company policy did not impose mandatory hiring, and Harris’ testimony that he could have promoted Travis and given the male candidate her position. It concluded a jury could reasonably infer that Harris’ decision was motivated by Travis’ sex and that there was sufficient evidence to tie his generalized discriminatory behavior to the specific employment decision.

It is noteworthy that the concurring judge acknowledged that he would not have reached the same factual conclusion as the jury on the issue of liability. He opined, however, that that the issue when evaluating a motion for judgment as a matter of law is whether his view of the evidence was the only reasonable view of the evidence, and he concluded that it was not.

The Court also held there was no basis to impugn liability for punitive damages to the employer. The Court acknowledged that the Supreme Court’s instruction in Kolstad, to look at the discriminating employee’s authority and responsibilities, appeared to conflict with its own “higher management” standard, first articulated in Dudley. The Court continued to use its higher management standard, which considers the size of the employer and the discriminator’s rank within the corporate hierarchy. It concluded Harris was not sufficiently high up in the corporate hierarchy and that the record lacked evidence that those with sufficient hierarchy were aware Travis had requested the promotion.

This case is a clear illustration on the importance of discrimination and harassment training for managers.  Travis’ ill-advised comments to and about Harris was key in the court’s reasoning that the decision was based on discriminatory animus.  A quality training program would have hopefully informed Travis on the proper criteria for consideration in a promotion situation as well as how to communicate appropriately with employees.