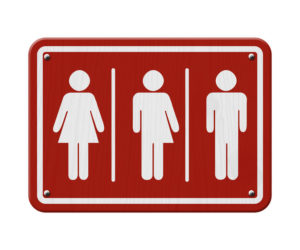 On March 7, 2108, the 6th Circuit Court of Appeals (which covers Kentucky, Michigan, Ohio, and Tennessee) granted summary judgment to the Equal Employment Opportunity Commission (EEOC) on its claim that a former employee of a funeral home was fired from her job because of her transgender status in violation of Title VII of the Civil Rights Act of 1964 (EEOC v. R.G. & G.R. Harris Funeral Homes, Inc., No. 16-2424 (6th Cir. Mar. 7, 2018).

The facts of the case are straightforward. In 2007, Anthony Stephens was hired as a funeral director/embalmer. In July 31, 2013, Stephens provided the owner of the funeral home with a letter stating that he has struggled with a gender identity disorder his entire life, and that he intended to have sex reassignment surgery. Furthermore, Stephens’ letter stated that he intended to live and work full-time as a woman for one year. To that end, Stephens stated that he would return from vacation, as a woman, in appropriate business attire.

The owner fired Stephens shortly afterward because, as he later testified, because “he was no longer going to represent himself as a man. He wanted to dress as a woman.” Stephens filed a charge of sex discrimination with the EEOC, which ultimately brought a lawsuit against the funeral home in federal district court, claiming discrimination based on sex and gender identity.

The trial court held that the EEOC could not sue for discrimination based on the employee’s transgender status but allowed the claim of sex discrimination based on sex stereotyping. After both parties moved for summary judgment, the court held that there was direct evidence to support the EEOC’s sex discrimination claim but found in the funeral home’s favor because it concluded that the Religious Freedom Restoration Act (RFRA) precluded the EEOC from enforcing Title VII against the funeral home.  The EEOC appealed the decision to the 6th Circuit court.

On appeal, the 6th Circuit granted the EEOC’s summary judgment on its claim that unlawful sex stereotyping was a motivating factor in the funeral home’s firing of the employee.  It also held that “discrimination on the basis of transgender and transitioning status violates Title VII,” finding that “it is analytically impossible to fire an employee based on that employee’s status as a transgender person with being motivated, at least in part, by the employee’s sex.”

The appellate court reversed the district court’s grant of summary judgment to the funeral home, holding that the funeral home did not qualify for the ministerial exception to Title VII and that the RFRA does not preclude the EEOC from enforcing Title VII because requiring the funeral home owner to comply with Title VII does not substantially burden his religious practice.