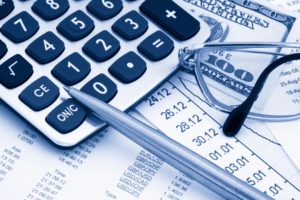 On October 17,2018, the U.S. Department of Labor (DOL) finished a series of listening sessions for interested parties where it gathered opinions from stakeholders. Those sessions were in advance of issuing a Notice of Proposed Rulemaking (NPRM), which is scheduled for March.

An NPRM is the next step in the process to establish a new salary threshold for workers eligible to collect overtime. Currently, workers are eligible for overtime unless they are classified exempt under the Fair Labor Standards Act (FLSA). To be exempt, employees must perform duties that meet the specific statutory job duties requirements (such as executive, administrative, or professional) and earn at least $23,660 a year ($455 a week). That salary threshold has been in place since 2004.

Now under the Trump administration, the DOL is on its way to issuing a new rule to determine what workers are eligible for overtime pay, and employers are expected to see a salary threshold higher than the one that’s been in place since 2004 but considerably lower than the one previously sought.

Many employers understand that there needs to be some adjustment due to inflation and other factors, but the prior proposal was drastic and had severe economic consequences. Most observers believe that the DOL to propose a new rule with a salary threshold in the $32,000 to $33,000 range. That would adjust the current level for inflation and make far fewer workers eligible for overtime than would have been under the 2016 rule.

A threshold in the low $30,000 range would likely pass court scrutiny since it is much less drastic than the threshold proposed in the 2016 rule. Plus, the DOL may have determined that a change to $32,000 or $33,000 is unlikely to face a legal challenge by employers.

During the last rulemaking process, some suggested that the DOL might change the duties test under the FLSA in addition to increasing the salary threshold. While many observers don’t expect the current administration to address the duties test, some believe clarifications on the duties test would be well-received by employers and employees alike.

Although a new rule may not address the duties test, a change may come at some point. The current rules are to a large extent based on an outdated form of work. The current duties test does not consider many of the current-day forms of work, including telecommuting and the use of computers and other technology. It would make sense to re-examine and update the job duties requirements.

If an NPRM is issued in March, there will be another comment period, and then the DOL will take more time to examine the comments and issue a new rule. Given the volume of comments DOL has received, it has a lot of work to do before it can issue a new rule. Even if the DOL gets an NPRM out for comment by March, there will be a new public comment period and likely some lead time before compliance with a final rule is required. Thus, it is unlikely that employers will have to comply with a new final rule before 2020.

Employers should be aware that this change is on the horizon, but until we get information on exactly what the salary increase will be, there’s not much concrete employers can do to plan. Right now, it’s important to watch for the changes and be ready to gear up for compliance. The hope is that, if the salary levels turn out to be lower that the proposed 2016 rule then employers will focus on planning for compliance without worrying so much about how the business can survive.