Is Terminating an Employee Due to an Abortion Illegal Sex Discrimination? 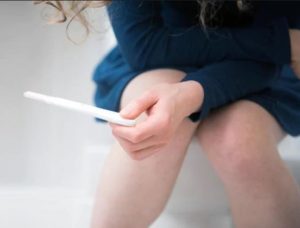 On October 11, 2018, the Middle District Court of Florida held that employment discrimination based on having or not having an abortion might lead to a recognizable claim of sex discrimination under Title VII.  While the law is certainly not settled on this issue, we can see a certain trend emerging.

In DeJesus v. Florida Central Credit Union, an established employee requested a transfer to a different branch for convenience.  The day after she began at the new branch where she requested to work, she found out she was pregnant and immediately told her supervisor.  She scheduled a medical procedure to terminate the pregnancy nine days later, and her supervisor approved the time off.  The employee took off the entire day to have the procedure and recover afterwards.  Two weeks into her employment at the new branch, she underwent a performance review.  Her review “went well” according to the employee’s complaint however she was subsequently terminated for her absence from work on the day of the abortion. The branch manager advised the employee the medical procedure she had was not an appropriate excuse for the absence during her probationary period.

The employee filed a charge with the EEOC for “wrongful termination.”  She subsequently filed suit under Title VII, as amended by the Pregnancy Discrimination Act (PDA).  The employer filed a Motion to Dismiss, arguing that the employee did not exhaust her administrative remedies because she claimed “wrongful termination”, not sex or pregnancy discrimination.  The court rejected this argument, finding the employee pled enough facts to allege a cause of action for sex discrimination under Title VII.  According to the Court, “[h]er allegations, although not the model of clarity, permit the Court to sufficiently draw the inference that FCCU terminated her because of her choice to have an abortion, which may be a basis for sex discrimination.”

According to EEOC Enforcement Guidance on Pregnancy Discrimination and Related Issues, Title VII – as amended by the PDA – protects women from discharge for having an abortion or contemplating having an abortion.  Title VII similarly prohibits adverse employment actions against an employee based on her decision not to have an abortion.

This is a training issue. Supervisors must understand that sex discrimination may include a number of other issues that might not be at the forefront of your mind.  Under the PDA, an employer cannot fire, refuse to hire, demote, or take any other adverse action against a woman if pregnancy, childbirth, or a related medical condition was a motivating factor in the adverse employment action.  “Related medical condition” is open to broad interpretations.  The EEOC suggests related medical conditions include: lactation; back pain; disorders such as preeclampsia (aka pregnancy-induced high blood pressure) and gestational diabetes; complications requiring bed rest; and the after-effects of a delivery.  We can now see a trend towards adding abortion procedures to this ever-growing list.